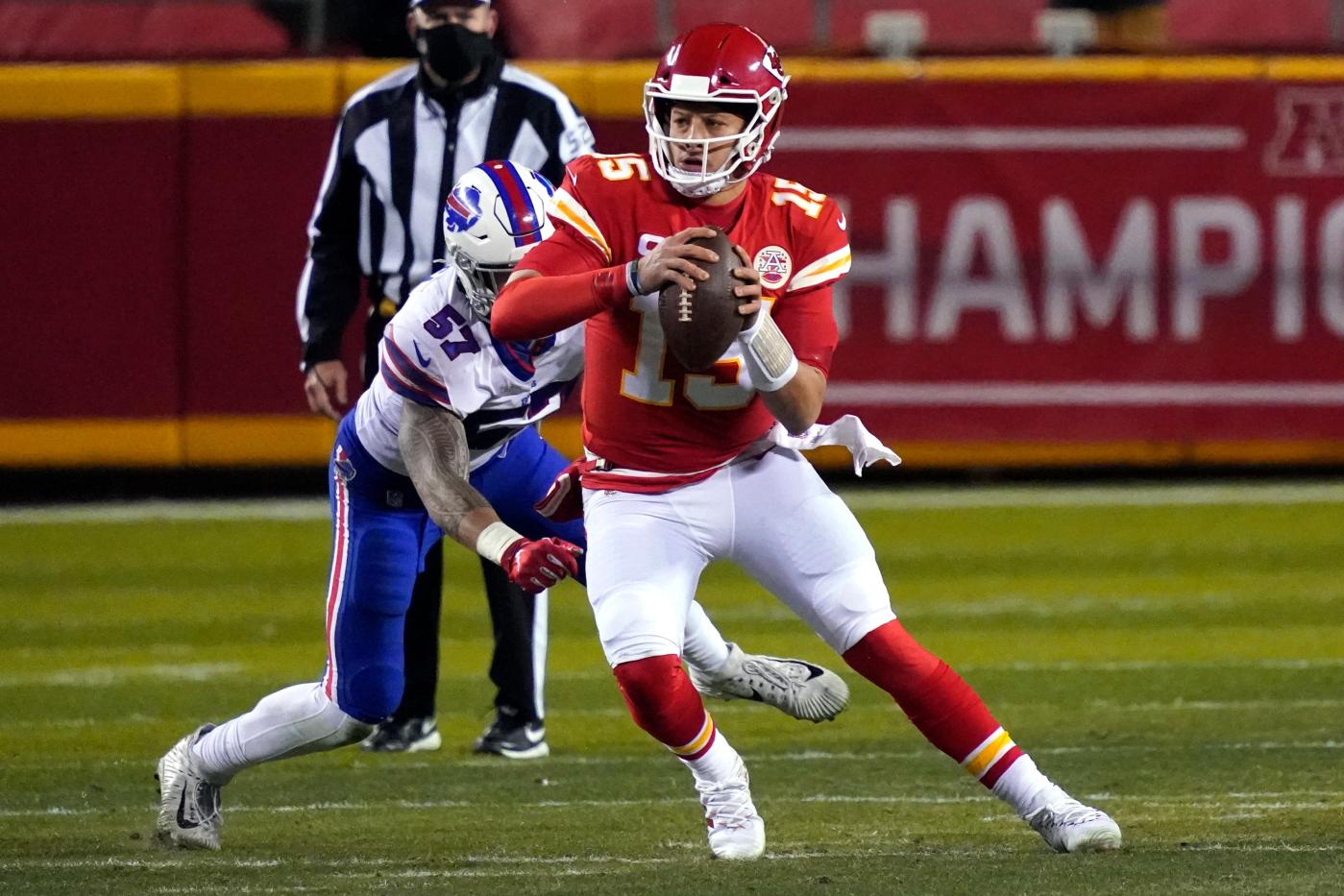 Chiefs at Ravens, Week 2 — The league’s top dual-threat quarterbacks face off as Patrick Mahomes and Lamar Jackson meet in a showdown between AFC heavyweights. The Chiefs won 34-20 in Week 3 of last season, and Jackson called Kansas City the Ravens’ “Kryptonite” after Baltimore fell to 0-3 to Mahomes & Co. (Sept. 19, 6:20 p.m., NBC)

Buccaneers at Patriots, Week 4 — The GOAT returns to where it all began in Tom Brady’s first showdown against his old team. Whether it’s Cam Newton or Mac Jones who starts at QB for New England, Brady is sure to receive a raucous homecoming from the Foxborough faithful as the Hoodied Genius plots to stop him. (Oct. 3, 6:20 p.m., NBC)

Bills at Chiefs, Week 5 — The AFC’s two top contenders meet in a rematch of last year’s championship game, won 38-24 by Kansas City. The Bills’ Josh Allen looks to take another gigantic leap following an MVP-caliber season in 2020, while cornerback Tre’Davious White and the Buffalo secondary face their biggest test of the year. (Oct. 10, 6:20 p.m., NBC)

Lions at Rams, Week 7 — The two players involved in the offseason’s biggest blockbuster trade meet face-to-face for the first time. The game will address whether Sean McVay’s trade of quarterback Jared Goff for veteran Matthew Stafford has paid off, while Detroit is seeking its first winning season in four years. (Oct. 24, 2:05 p.m., FOX)

Saints at Seahawks, Week 7 — Perennial NFC heavyweights square off at midseason. Will New Orleans be adjusted to life without Drew Brees? And will Seattle be on track for a fourth consecutive double-digit-wins season? The series between the teams is tied 8-8 and the last three games were decided by one score or less. (Oct. 25, 6:15 p.m., ESPN)

Packers at Chiefs, Week 9 –– In a potential Super Bowl preview, two of the last three MVPs face off as Mahomes battles Aaron Rodgers. The matchup is a direct result of adding a 17th game to the schedule, with the AFC West champion taking on the NFC North champion. (Nov. 7, 2:25 p.m., FOX)

Bills at Buccaneers, Week 14 — Allen gets another marquee test against the potent Tampa Bay D, which has proven capable of shutting down high-flying offenses. And it’s a late-season, cross-conference litmus test for Brady and the Tampa Bay offense, which scuffled at times throughout the 2020 regular season. (Dec. 12, 2:25 p.m., CBS)

Jaguars at Jets, Week 16 — Both teams will likely be eliminated from playoff contention for weeks, but the meeting of the two top picks in the 2021 draft can’t be overlooked. No. 1 pick Trevor Lawrence and new coach Urban Meyer take on No. 2 pick Zach Wilson and new coach Robert Saleh, with both franchises trying to establish an identity. (Dec. 26, 11 a.m., CBS)