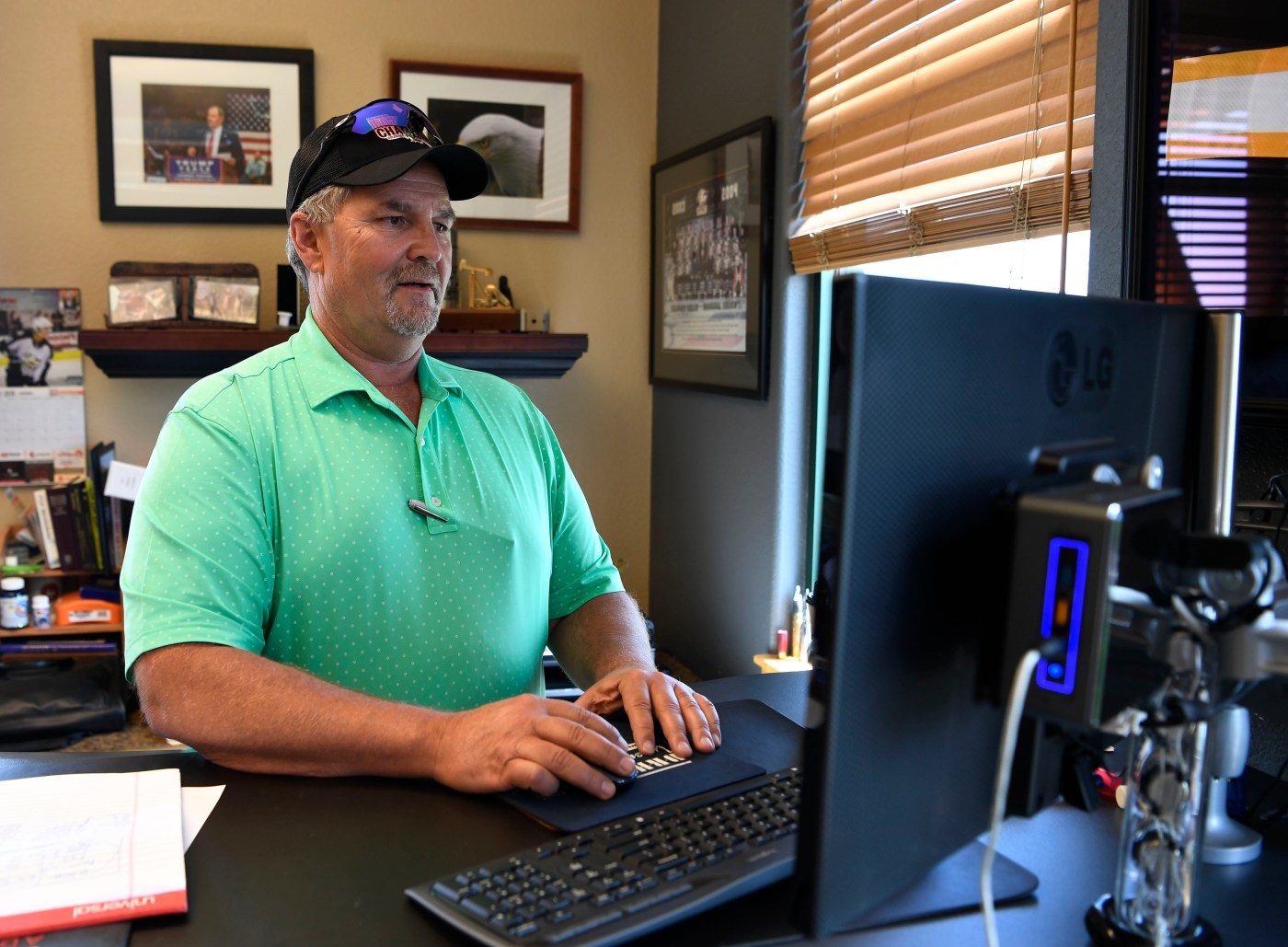 In hockey lingo, Colorado Eagles owner Martin Lind is willing to take a hit to make a play.

The northern Colorado developer is the business boss of the Avalanche’s American Hockey League affiliate. Amid COVID protocols that allow for zero fans at Budweiser Events Center in Loveland, he’s absorbed significant financial losses for the team — including the Avs — to conduct the 2021 season.

“On the disaster meter, it’s right between colossal and biblical,” Lind said of the Eagles’ expected revenue losses this season. “If I was listening to financial advisors, we would have never considered playing. But we need to make sure we perform for this relationship.”

The Avalanche is not among the 19 NHL clubs that also own its AHL affiliate, thus it has no control over the business side of things with the Eagles. But Lind — with help from the Avalanche — refused to follow the lead of three other independent AHL owners and opt out of the 2021 season.

The Charlotte Checkers (Florida Panthers affiliate), Milwaukee Admirals (Nashville Predators), and Springfield Thunderbirds (St. Louis Blues) each declined to hold a season, forcing the NHL clubs to farm out their top prospects to other AHL teams.

“The prospect of playing the season without fans and the lack of any revenue was too difficult to manage,” Admirals owner Harris Turer told The Associated Press.

Lind, who said he hasn’t laid off any employees since the pandemic shut down the AHL a year ago, has lost all ticket revenue, most of the sponsorship revenue, and receives just a small portion of television revenue from AHLTV streaming. He declined to provide figures for those losses.

Lind does not pay the Eagles’ player salaries; everyone on the hockey side is paid by the Avalanche. But he does pay the tenant fee to operate out of the Larimer County-owned BEC.

Lind has received some financial assistance from the Avalanche. Avs assistant general manager Craig Billington, who runs the Eagles on the hockey side, said Kroenke Sports & Entertainment waived a portion of the AHL affiliation fee due to the big club.

“There are great concessions by both parties,” Billington told The Post. “It’s all about ownership: the Avalanche and the support to operate along with Martin Lind in our affiliate position. Without those two ownerships we wouldn’t be playing, period. The great part of this is that they both worked together to come up with a solution that worked for both and solidified a long-term relationship along the way. That’s what successful business people do.”

If the Eagles had opted out, the Avs would have been forced to loan their top prospects to AHL affiliates of other NHL clubs and lose the ability to oversee their development just 55 miles north of Denver. Billington said he couldn’t imagine such a challenge.

Even if the COVID dial turns left and a limited number of fans are allowed into BEC, Lind is leaning toward waiting until next season to welcome back fans when a full house might be able to return.

“We worked for 20 years here to create a sold-out atmosphere that’s pure adrenaline and high-fiveing, beer-spilling and cotton-candy-sticking and all the stuff that we do,” Lind said. “And it’s a different atmosphere with 1,000 people in a building versus 5,000. So I’m real concerned about de-valuing our commodity by just letting skeletal groups of fans come in and social distance.”

Lind said he is in this relationship for the long haul.

“I treat the Eagles like real estate. It’s a long-term deal. You have to look way down the road,” Lind said. “It’s not and never will be a get-rich-quick thing and relationships are everything. Our relationship with the Avs is beyond fantastic and we’re performing for them and they appreciate it. When things get good (after COVID), it will get good faster and will be better than ever because of this relationship.”

The Eagles played a two-game set at the Texas Stars last weekend. The paid attendance at H-E-B Center at Cedar Park was 2,254 on Friday and 2,266 on Saturday. The arena seats 8,000 and could soon have all seats available.

“We’re traveling to states that are allowing fans. We think it’s doing a huge injustice to the Colorado fans,” Lind said. “The air is the same. People are the same. The human element is the same. It’s just the politics are different.”

He added: “If we were located 45 miles north (in Wyoming) we would be playing before fans.”