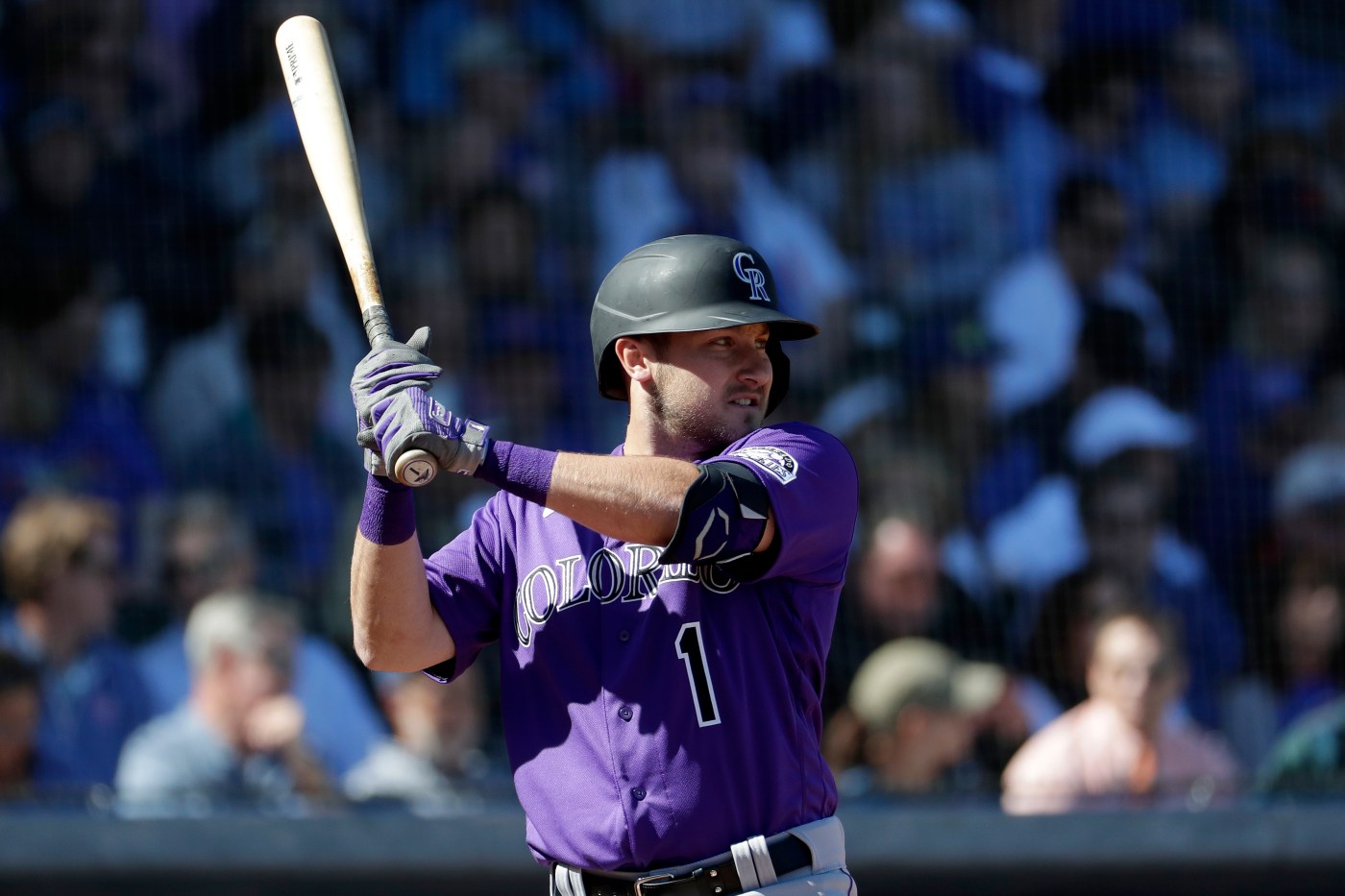 SCOTTSDALE, Ariz. — There is a lot of Cactus League baseball remaining to be played but the Rockies’ 2020 opening-day roster is beginning to emerge.

Position battles for the fifth starter, the outfield and much of the bullpen will be evaluated carefully by manager Bud Black, his coaches and the front office between now and the season-opener at San Diego on March 26. There are some tough choices to make to whittle down to 26 players.

A look at how things appear at this point:

Gonzalez, coming off an excellent September, had a fine Cactus League start on Thursday and the Rockies love his grit and potential. The jury is still out on Hoffman, who’s tinkered with his delivery in search of better pitch command. The bullpen is a possibility for him. Lambert, just 22, is the kind of cerebral pitcher that Black likes, but after his rough rookie season, he’ll likely begin 2020 in Triple-A.

The wild card is right-hander Ubaldo Jimenez, a Rockies star 10 years ago. He has not pitched in two years but he still brings some heat.

Bullpen: It’s tough to sort out right now and pitchers will be mixed and matched throughout the regular season. Right now, the locks are Wade Davis as the closer and Scott Oberg, Jairo Díaz, and Carlos Estévez as set-up men. Right-hander Tyler Kinley has impressed and lefty Jake McGee is almost certain to make the squad.

Right-hander Bryan Shaw, who struggled last season, also has struggled this spring, but he’s owed $9 million and that’s a factor. However, if others clearly outpitch Shaw, he could lose his roster spot. Other relievers in the mix are lefties James Pazos, Phillip Diehl and Tim Collins, and righties Joe Harvey and Jesus Tinoco.

Catcher: Fan favorite Tony Diaz is the starter and the Rockies hope to get 100-110 games out of him. The race for the backup job is close between Elias Diaz and Drew Buetra, both non-roster invites. Díaz has more pop in his bat and played 101 games for the Pirates last season. But Butera is familiar with Rockies pitchers and Black values his defense. Diaz appears to have a slight edge.

First base: Veteran Daniel Murphy, hoping to rebound from a subpar, injury-plagued 2019 season, will start. His primary backup is starting second baseman Ryan McMahon but the door is open for Josh Fuentes, who could bring a right-handed bat to the position when Murphy has a day off.

Second base: McMahon, coming off a 24-home run season, just keeps getting better and he’s swinging a hot bat this spring. There is serious competition for the backup role. Garrett Hampson and Chris Owings (who’s had a great camp) can both play outfield, too, so either would add versatility.

The wild card is top prospect Brendan Rodgers, who’s returned much quicker than expected from shoulder surgery. If Rodgers puts on a show over the final 18 days of spring training, he could make the squad, but he’s likely to begin at Triple-A where he’ll see more at-bats.

Shortstop: All-star power hitter Trevor Story might be the best shortstop in baseball and the Rockies can ill afford to lose him. Backing up Story will likely be either Garrett Hampson or Owings.

Third base: After a tumultuous offseason, perennial all-star Nolan Arenado is ready to shine again. His primary backup is McMahon, but Fuentes, Arenado’s younger cousin, could make the team because of his ability to play corner infield.

Outfield: There are a number of players in the mix and many of them will fill multiple outfield spots. The standard lineup will feature David Dahl in center, Charlie Blackmon in right and either Ian Desmond or left-handed hitting Raimel Tapia in left. If Hampson makes the team, he can play center field.

Two intriguing rookies to watch down the spring training stretch are Sam Hilliard, who supplies power, and Yonathan Daza, who is a plus-fielder and has sparkled in camp. Both, however, require playing time to improve.

On the mound: Right-hander German Marquez, working on his developing changeup, pitched three innings, allowing two runs on three hits with one walk and three strikeouts. Marquez ran into trouble in the third when he left the ball up in the zone. … Relievers James Pazos, Jairo Díaz and Bryan Shaw all tossed scoreless innings. It was a good day for Shaw, who has been struggling.

At the plate: Second baseman Ryan McMahon is heating up. He smashed a pair of long, two-run homers and he’s 5-for-11 with three doubles and a homer over his last four games. … Utility player, Garrett Hampson, battling Chris Owings to make the 26-man roster, went 3-for-3 with a double.

Worth noting: McMahon notched the first multi-homer game of the spring for Colorado and his four RBIs are the most by a Rockie so far.